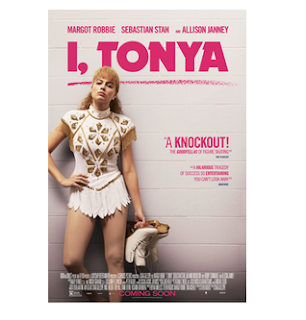 This movie is a scream, a hoot and a half. The only reason I'm not giving it five stars is because the subject matter is not high and mighty (Gandhi, Lawrence of Arabia) but the tawdry, trailer-trash life of Tonya Harding. Allison Janney transforms herself into the mom from hell while Margot Robbie has improbably dialed down her looks while convincingly conveying Harding's conflicted, rough-and-tumble self. (For the record, I always liked Harding's skating almost as much as her I'm-no-princess persona.) The screenplay is brilliant and the direction delivers belly laughs and gut punches one after another. Seriously, see this movie.

Email ThisBlogThis!Share to TwitterShare to FacebookShare to Pinterest
"Lady Bird" ★★★★ 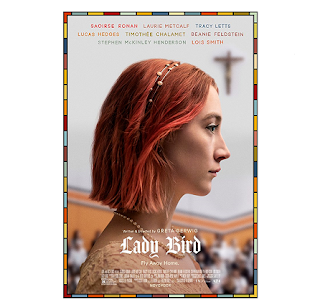 Saorise Ronan is Christine, aka Lady Bird, a rebellious teen with a dad who's down on his luck, a mom who's tough on her, and ambitions that outstrip her academic record. Ronan and Laurie Metcalf (mom) deservedly earned Oscar nominations for their performances. There's nothing here to blow you away. You've seen variants of this teen-girl-comes-of-age drama before -- indeed, some of us have lived it! -- but Lady Bird does it more nicely than most. Extra points for setting the movie in Sacramento, a novelty. 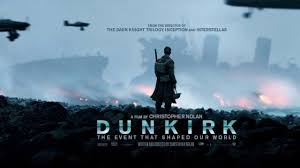 There's much to like in this film about the desperate rescue of trapped British troops from the French beach town in 1940. That said, while very good, I'm not sure it's the epic, unqualified success that so many reviewers seemed to think at the time of its release. What sets it apart is its focus not on the larger picture or strategy -- hardly mentioned at all -- but on the people caught up in the evacuation. It's told in a clever and almost elegiac way, intertwining three stories -- that of a British soldier desperate to get home, two Spitfire pilots covering the evacuation, and a civilian yachtsman helping to ferry troops off the beaches. Events in the three stories unfold in different time frames, the stories flit back and forth before coming together. It conveys the horror, confusion and human drama of combat very well.
at December 26, 2017 No comments: 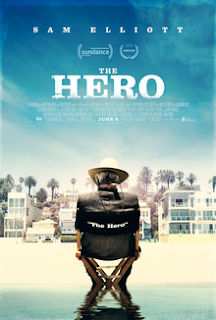 I'm a huge Sam Elliott fan, so it stands to reason I would like this film about an aging actor facing his mortality. And Elliott delivers a strong performance, surely worthy of an Oscar if there's any justice. Laura Prepon of "That 70s Show" fame puts in a creditable account as Elliott's unlikely love interest. This is not the movie for you if you're looking for thrill and chills -- it's a movie for those who like quiet, understated stories about people. If you like Francois Truffaut films from the 60s, this ought to appeal. I liked it all the way to the end, which came on rather abruptly and left me feeling I hadn't arrived at my destination. Still worth the journey, but when it's over you may feel like you still have to walk the last few miles to get where you're going.
at December 22, 2017 No comments:

NBC correspondent Katy Tur's memoir of the insane 2016 Trump campaign, which she followed from day one, is alternately amusing and maddening -- it's about Trump, after all -- but always compelling. She chronicles the wild trip that was the bumpy, chaotic Trump campaign tour, vividly recreating the whole, yes, unbelievable phenomenon. Along the way, we're reminded again and again just how unperturbed Trump's acolytes were by the serial lies and misdemeanors of their candidate, how Trump withstood with nary a scratch innumerable assaults and exposes that would have killed the campaign of any normal politician. Don't look for deep analysis here; that's not Tur's purpose. Just go along for the scariest ride this side of the Kingda Ka roller coaster at Six Flags. 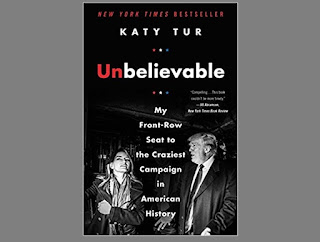 I posted "Double Trouble" to the Script Revolution website today. Essentially, it does what sites like The Black List do -- allow screenwriters to post their material, allow agents and producers to peruse them -- but for free.

As horrid as the process of selling a script is for those not already plugged into the Hollywood scene, I refuse to pay someone as part of flogging my screenplay. On principle, and because you never know what's a scam and what isn't.

On the other hand, a place that charges nothing should be OK, right?

But...I had to wonder -- cynic that I am -- how are the folks behind Script Revolution paying for the site? What's their angle? My suspicions about any website are legion. There's always a way to make money from getting people to sign on for free. Selling email addresses, collecting data. And so on.

However, as best as I could tell from the internet sleuthing I did, nothing suggests Script Revolution is anything other than what it claims to be.

It's hard to know how useful the site is -- but given how hard it is to get someone to even look at a movie script, well . . . what the hell, right?

As it stands now, after about 350 queries, I managed to get 4-5 producers (can't remember, exactly) to request the whole script.

I recently completed my first screenplay, "Double Trouble." It's a crime drama, and you can read the first scene by clicking on the third page of this blog. I envision it as a made-for-TV movie myself -- or did, as I was writing it -- but will defer to the expertise of others.

Of course, as any neophyte screenwriter knows, getting your screenplay in front of an agent or producer, much less selling it, is a near-impossible task. But we shall not be defeated! If I learn any tips along the way, I'll pass them on.

One thing I won't do is pay some site to "host" my script so eager Hollywood eyeballs can take a gander. Perhaps those eyeballs are numerous, and perhaps they're movers and shakers in the film industry, but I doubt it.

Nor will I enter the script in any contest. It's just not the kind of screenplay to win any awards. (The one I'm now getting started on ... perhaps.) It's a fairly straightforward crime drama with one exception -- a unique and original premise. (Really.)
at February 17, 2017 1 comment: 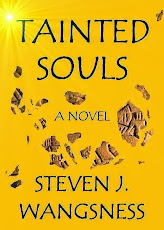 Detective Rick Frost washes up in the sleepy Los Angeles exurb of Santa Isidora after being cashiered by the LAPD. An everyday murder investigation draws Frost into a web of corruption that stretches from the salons of Beverly Hills to the Green Zone of Baghdad and quickly pits him against powerful forces that even the Feds fear to disturb. Before it’s over, Frost will face an agonizing decision: to bring the guilty to justice, he must risk the life of the woman he loves.

Where to get TAINTED SOULS:

Buy it in paperback at Lulu

What People Are Saying About TAINTED SOULS

“Fantastic… I found myself hooked.”—V.M.

“The plot has more twists and turns than a bucket of spaghetti.”—J.S

“I sat down to take a peek and ended up reading half of it in one sitting…. A superior piece of work.”—N.M.